No one wants to have windscreen repair Perth done. It’s a nuisance because you have to fit it into your busy schedule, and you’ve got enough to do already. However, the simple fact is that every driver will need it at least once.

This isn’t an issue with the design. Manufacturers make windscreens with a mind to minimize the risk of them shattering. However, there are just some things that they can’t test for, and will only crop up in actual use.

Here’s some information that might help you out with your windscreen woes.

First, windscreen visibility isn’t static. There are a few things you can do to improve it.

The hazy film tends to build up inside the glass. It’s worse if you’re a smoker, but it happens to everybody. Be sure to wipe and clean regularly, to keep it from building up.

When the sun is low in the sky, visibility tends to take a nosedive. Scratches, chips, and abrasions tend to worsen this effect. In fact, more than a few people have realized their windscreen has these small bits of damage because of the dazzle.

New blades are more likely to have an effect than older ones. They’re better at clearing the surface, so renew or replace them about once a year. 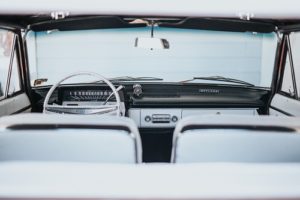 Use a wash additive when cleaning your screen. This can help it clean year-round, so the visibility isn’t affected in an adverse manner.

Size and position are important when looking at chip damage. These factors can determine if they’re just going to be a distraction, or if your vision will be impaired.

In most cases, the smaller damage is repairable. It will vary based on the size and location. There are instances when the chip is in a location where it’d be better to replace the whole thing entirely, rather than just a repair job.

If the damage is right in front of the driver’s view, that’s the A zone. Small damage can be repaired. Anything else needs a replacement.

The damage that’s been repaired does not go away completely. However, the surface does remain smooth. The area where the chip was is much less visible while keeping your vision clear. In most cases, people won’t notice unless they’re looking for the damage specifically.

Small chips can be ignored but at your own risk. They tend to grow over time, eventually reaching the point where repairs aren’t an option anymore. Secondary damage is a major risk in these situations.